This Press release from Lotus Cars in June of 1969 quite clearly states the position of the company on the use of the name Lotus in it’s Plural form.

It was decreed that the ‘horrible’ words Loti and Lotuses were not popular with those who looked after the brand!

Interestingly, the press release goes on to clarify the then current model range with respect to their naming. It seems the Type 50 that was originally called quite simply the Lotus +2 was now being referred to as what everybody had decided it was anyway, the Lotus Elan +2. At least on paper, (the physical cars still didn’t have a badge that said ‘Elan’).

We also thought it would be nice to show the Type 62 that is mentioned. This image from the archive shows John Miles taking the car to fourth place in the ‘Trophy of the Dunes’ at Zandvoort in 1969. What a great looking car! 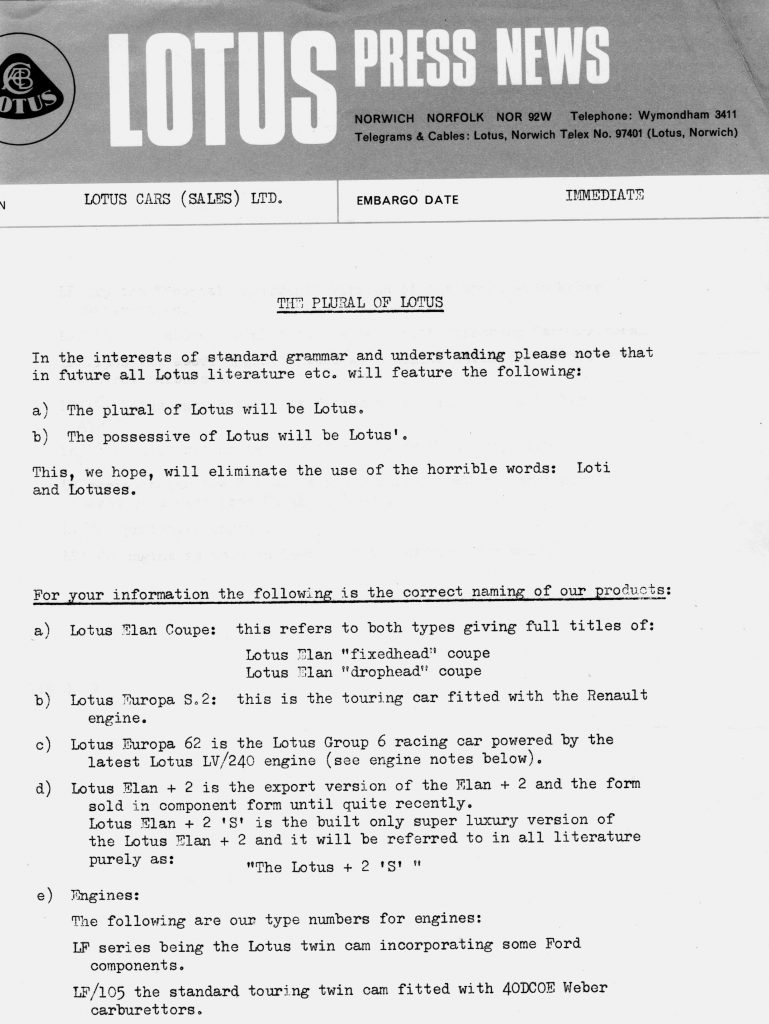 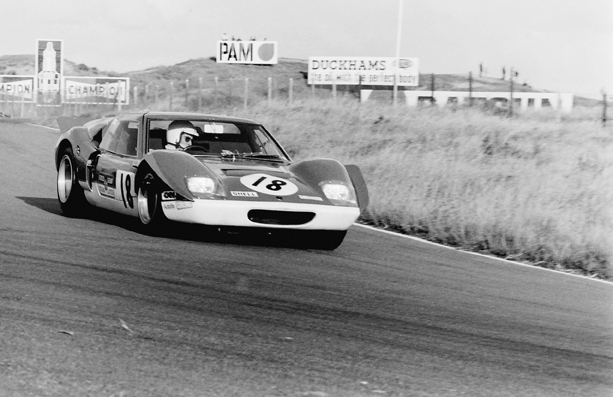 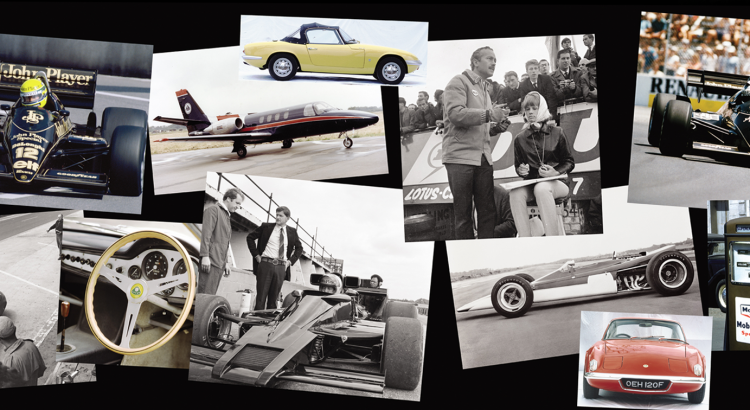 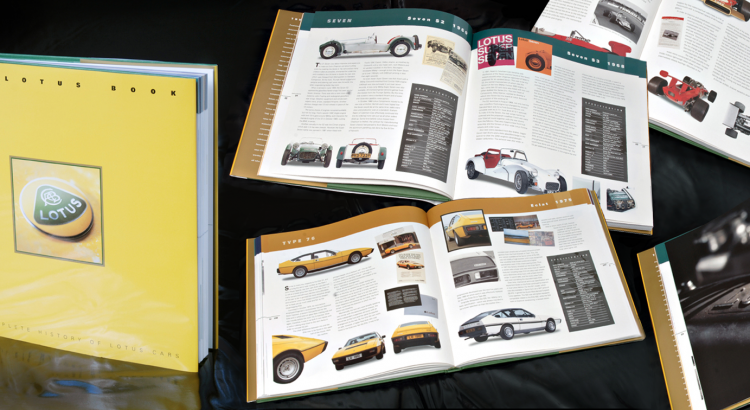 The Lotus Book: Where Our Lotus passion started, with ‘The Big Yellow Book’ that was first published in 1998. This 12x12inch, large format, 256-page groundbreaking book by William Taylor, featured every car produced by Lotus between 1948 and 1998. See coteriepress 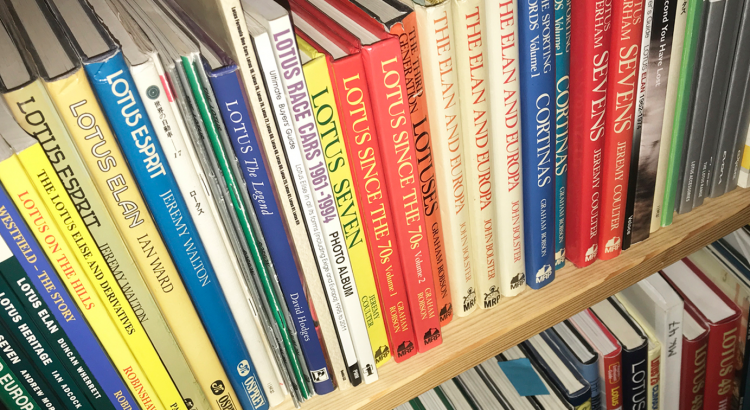 The Lotus-Library is the leading home of historical automotive books, magazines, documents and memorabilia relating to Lotus Cars and Team Lotus.