The club began as a simple get-together between two Europa owners in January 1973. Ken King and Jeff Anderson would meet to share their enthusiasm and swap stores of their ownership adventures – and to wonder if there were others “out there” who might enjoy some of the same camaraderie.

Ken was autocrossing a Europa in Washington, D.C.’s Championship Autocross series’ A/Modified class, and Jeff was running his stock Europa in the A/Prepared class. Joining these two was Tom Carter (known as T.C. or “Twin Cam” to his friends) in an immaculate Lotus Cortina. These three hatched a plot to found a club for like-minded souls, simply called “LOTUS!” By Match, they had found nineteen people who had given their names and phone numbers, and six of these had anted up $20 as charter dues. The group approached the Metropolitan Washington Council of Sports Car Clubs (MWCSCC – the area’s sanctioning body) for admission as a new club.

Issue 14 of the club newsletter announced the club’s incorporation as a “limited liability corporation” and the subsequent name change to Lotus Ltd. Articles of Incorporation were prepared and submitted to the Maryland Secretary of State. The By-laws meeting was moved to December to give people time to consider further what they wanted their club to be.

The club promotes official affiliation with individual Lotus car clubs located throughout the US that may be located close to you. 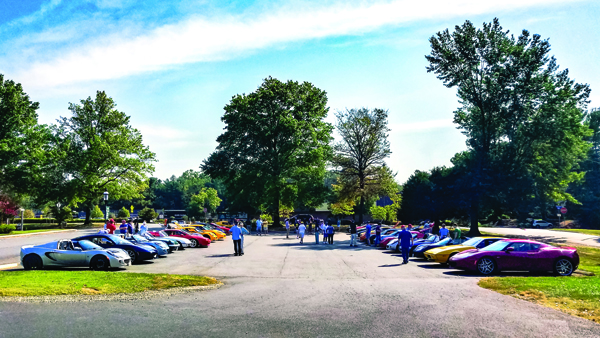