In October 1974, following correspondence between Chris Draper in Germany and Victor Thomas in England, it was decided to form a Register to involve others with similar early Lotus cars.  So Vic created an application form for the Lotus Historic Register.  By December 1974 there were five members. Early in 1975 Bill Friend joined as member No. 6 and suggested the name be HISTORIC LOTUS REGISTER.

Newsletter No. 1 was sent out in April 1975 and No. 2 in July 1975.  Bill Friend had designed the HLR badge and the membership had risen to 40.  An inaugural meeting was organised by Bill Friend and Alan Hall at Bill’s farm near Hatfield, north of London on Sunday 28th September 1975. This was well attended, with cars ranging from a 1954 Mk VIII to Bill’s Type 78 Formula 1 car.  The second meeting took place at the Prescott Hill Climb in June 1976 and Eric Perrin attended as the first overseas member. Contact was made with the Lotus Eleven Register in the USA, founded independently by Russ Hoenig in 1973, and an exchange of ownership records, early drawings and other information took place. 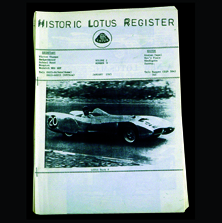 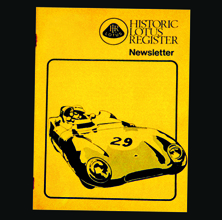 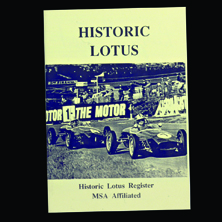 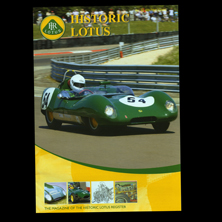