Auto-Archives recently received the first group of models from the Steven Williams collection that will form part of a significant donation to the archive.

Steven Williams has been building and collecting model cars and airplanes for many years now and his collection is one of the most impressive we have come across in quite a while. We are honored that over the next year Steven will be donating most of his collection to Auto-Archives and entrusting us with a group of models that really does tell ‘The History of the Automobile’ in all its forms. There are some truly wonderful models in his collection and, after discussion on just where to begin, Steven made the decision to start with some of his Indy 500 models.

The first batch of 25 models that are now on display at the offices of Coterie Press  in Littleton, CO., included this highly distinctive Carousel 1:18 scale model of the #60 Team Lotus Type 56 4WD Indy Turbine car driven by Joe Leonard in the 1968 Indy 500. Leonard was leading the 500 with just a handful of laps to go when the a fuel pump shaft failed and he coasted to a halt only a few miles short of what would have been another historic victory for Team Lotus. 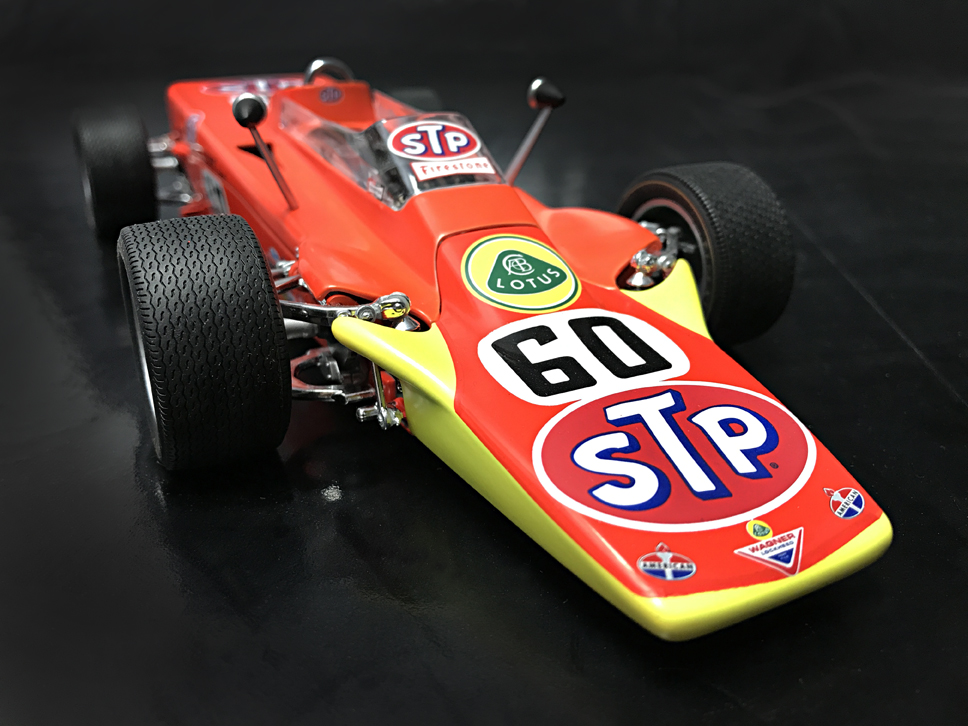 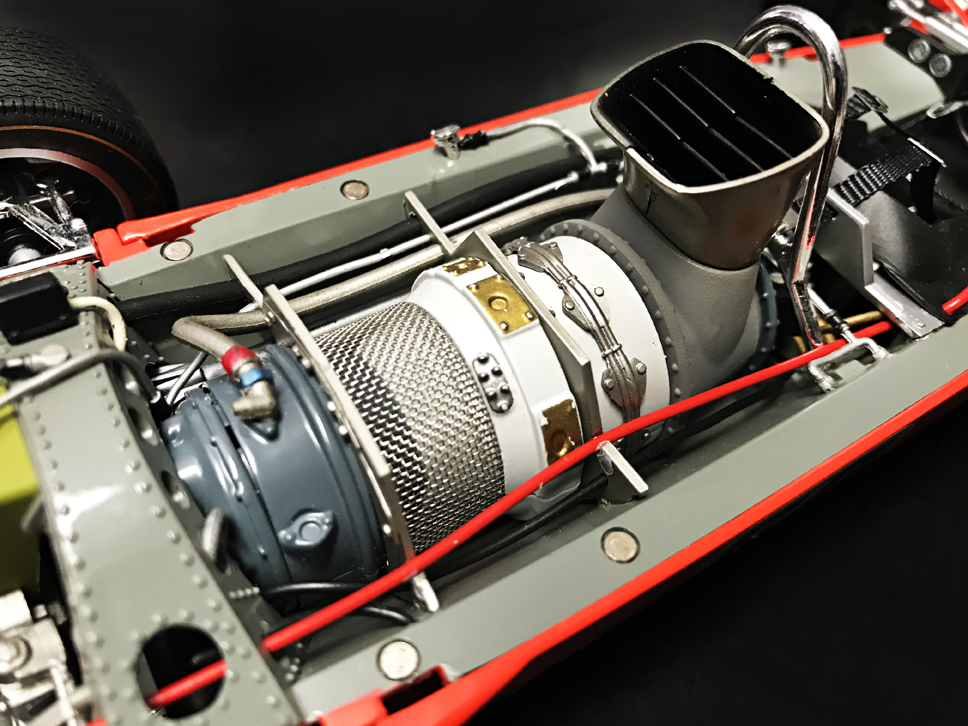